Santiago de Compostela was the supreme goal for countless thousands of pious pilgrims who converged there from all over Europe throughout the Middle Ages. To reach Spain pilgrims had to pass through France, and the group of important historical monuments included in this inscription marks out the four routes by which they did so.

In 1998, the abbey-church of Saint-Gilles was registered on the World Heritage as part of the Saint-James Way in France.

In 2018, the abbey-church of Saint-Gilles celebrates 20 years of this anniversary!

It is the occasion to offer a great number of events throughout the year. 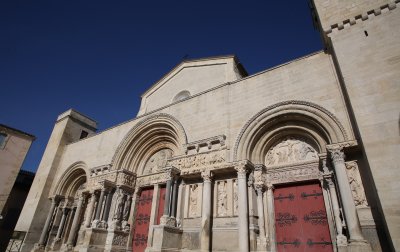